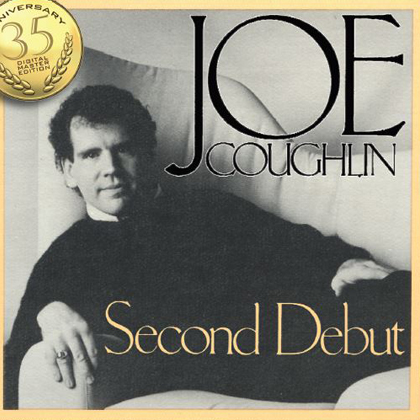 This is a reissue of a great jazz recording and about time! Originally released in 1984, I played it endlessly on my turntable and on my radio show. I still get lost in the songs when I listen to it as I often do. I wrote a letter to the Jazz Report Magazine, and picked this as my record of the year in 1985 and they published my letter. That was the start of my friendship with Joe Coughlin.

Joe produced the original session with Innovation Records owner, Grammy award winning engineer and producer, Phil Sheridan. All musicians with the exception of Ed Bickert, the distinguished jazz guitarist, were in their twenties.

The repertoire is a mix of standards and originals. Lyrics to the melodies composed by saxophonist Kirk MacDonald and pianist Mark Eisenman, were written by Coughlin. The exception Hello New York, was written by George McFetridge. The quartet rehearsed the tunes for a couple of weeks before going into the studio. The session was recorded ‘live off the floor’ to two track digital before the existence of the compact disc. This remastered reissue is from the original master source.

Despite the passage of time, the arrangements have a fresh swinging sound and the musicianship is extraordinary, a testament always to a great recording. Joe’s rich baritone and horn like phrasing shine throughout this album.

My Romance opens with Joe singing the opening verse accompanied only by Marty Melanson’s bass before the swinging band enters and then Ed Bickert takes a beautiful solo.

Word Games. A song about words of love and those awkward pauses when we are present in the company of the object of our desire. This first original on the recording should be a standard!

Hello New York “You’ve got to have soul to be there” conveys all the excitement a jazz musician or a jazz fan feels in the city that never sleeps.

Angel Eyes. A dialogue between Joe and Ed Bickert and it brings the blues feeling in the vocals and the guitar solo.

Baltimore Oriole. A favorite of Hoagy Carmichael’s, who composed it. Incidentally, Howard Hawks wanted Lauren Bacall to sing it in the film “To Have and Have Not” but she found it too challenging. Not so for Joe Coughlin.

Lyric Waltz (for a Libra lady). Tenor saxophonist Kirk MacDonald’s other love, his tenor sax, and he shows it in his solo.

Spring. The season of renewal and the words convey the hope of better times and ideas to come.

All the Things You Are. Jerome Kern’s beautiful song is a perfect feature for Joe Coughlin and Ed Bickert.

Starshine. Ed Bickert looked over the music and the lyrics sent to him in advance and asked Joe what he wanted his contribution to be. Joe’s response to Ed was “Ed, put some Bickert on it” That was that.

Deep in a Dream. Joe and Ed Bickert in a timeless duet and this song belongs to them as much as it does to the “other” singer.